To make the most of this site

France Relance: Verescence Orne winner of the call for projects 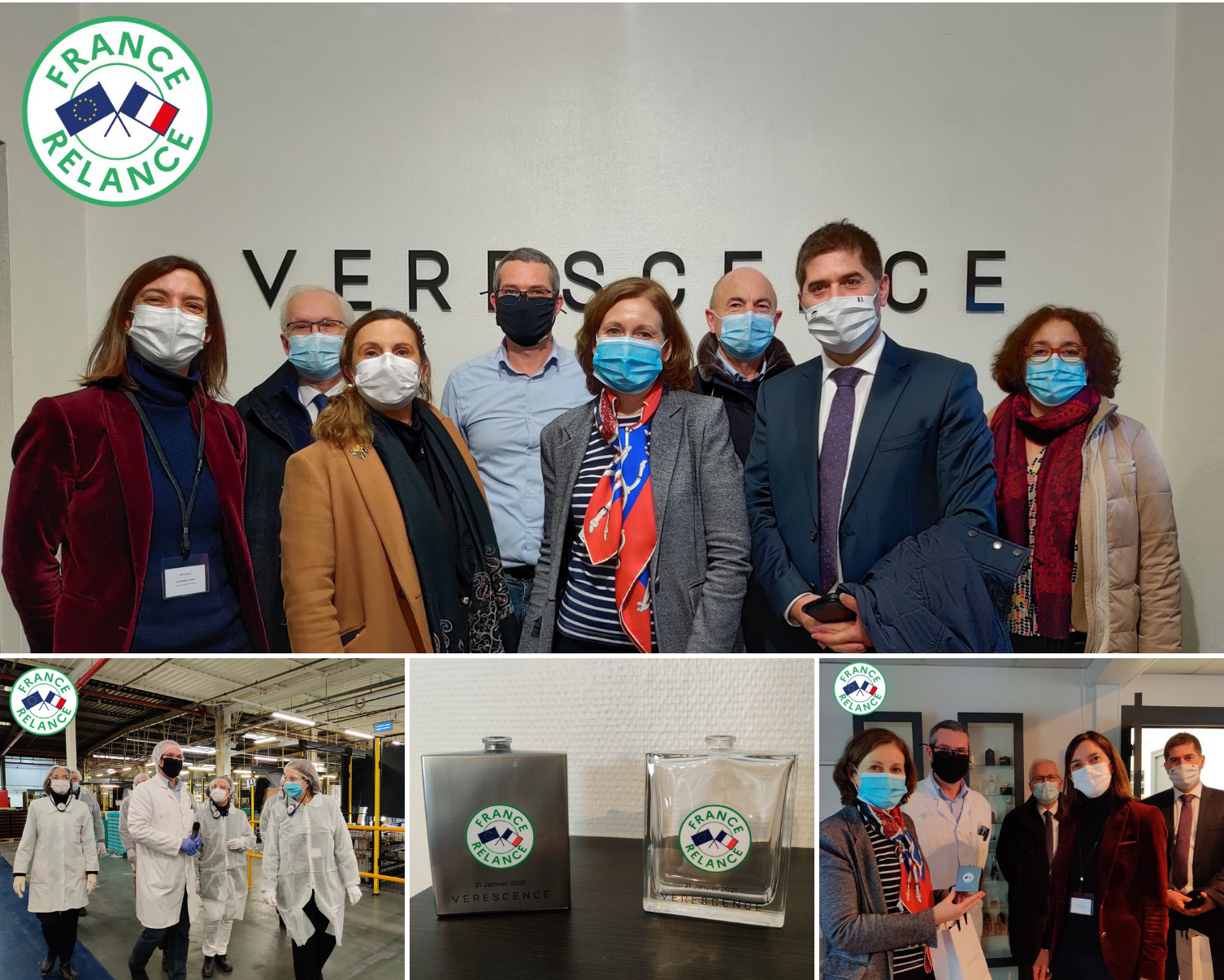 On Thursday, January 21, 2021, we had the honor of welcoming the Prefect of the Orne department Françoise Tahéri, the Subprefect of Argentan Christine Royer and a delegation of local elected officials to Verescence Orne factory in Écouché-les-Vallées, France.

As part of the 'France Relance' (France Relaunch) recovery plan, our French decoration site Verescence Orne, which has 250 employees, will benefit from the support of the State to accelerate its investments in the automation and robotization of its equipment, as well as in the digitization of production monitoring.

Since 2010, Verescence Orne has benefited from more than 15 million euros of investments to gain agility and increase its production capacities, while improving working conditions. We are very proud to be one of the winners of the regional industrial investment acceleration fund as part of the ‘France Relance’ plan. The support of the State and the Region is essential to carry out our projects related to Industry 4.0 and to gain in competitiveness.

Founded in 1958, Verescence Orne promotes its expertise on various finishing processes internationally: silk-screening, hot stamping, acid-etching, lacquering, sandblasting and gluing of accessories. It is one of the two decoration sites of the Verescence group in France.